How did you sleep last night??

I bet you slept better than James Neal.

Neal, who plays left wing for the Las Vegas Golden Knights, missed what can only be categorized as THE MOST WIDE-OPEN SHOT IN THE HISTORY OF THE NHL Monday night. The Golden Knights were in the nation’s capital, looking to even up the Stanley Cup Finals at two games a piece. And with 15:31 to play in the 1st period, Neal had a chance to set the tone.

Instead, he did this:

Neal has scored 294 goals in his career, none would have been easier than this. To think he’s not replaying this opportunity in his head over and over and over again is naïve. If the Golden Knights fail to come back from a 3-1 series deficit, Neal will likely join Terry Rozier in that dark video room (accompanied by scotch of course).

If I could say just one thing to Neal….

The rest, as they say, is history. The Washington Capitals would score three 1st period goals en route to a 6-2 whoopin’ of the Golden Knights. Evgeny Kuznetsov finished with four assists, becoming just the 4th player to have four assists in a single Stanley Cup Finals game.

The Golden Knights will try to continue their Cinderella story with a victory in game 5, in Las Vegas, Thursday @ 8:00 P.M. EST. You can catch all the action on NBC. 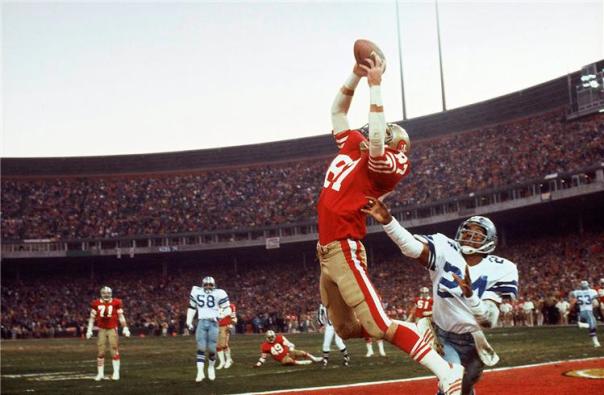 Dwight Clark, former San Francisco 49ers wide receiver, passed away Monday at the age of 61. Clark who was diagnosed with ALS in 2015, died in his Montana home surrounded by loved ones according to his wife, Kelly Clark.

Clark is best known for “The Catch”, one of the most memorable plays in NFL history. “The Catch” led the 49ers past the Dallas Cowboys in the 1981 NFC Championship Game (01/10/1982). This sparked the 49ers’ dynasty in the 80s, as they won four Super Bowls in nine years.

The 49ers held “Dwight Clark Day” last season at an October 22nd game against the Dallas Cowboys. This would be his final appearance in front of a stadium filled with 49ers’ fans. Clark addressed the crowd, ownership, his family and more than 40 teammates from a Levi’s Stadium suite. That day, he said he simply wanted one more chance to be around the team he loved. 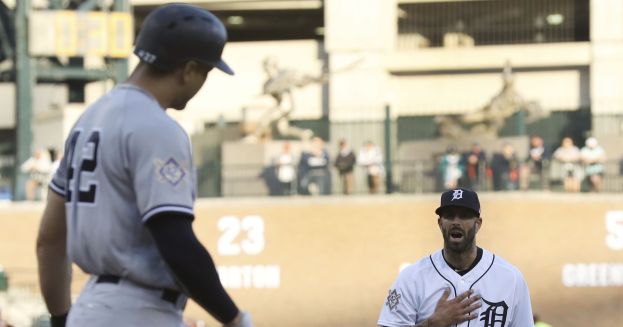 And Monday, in the 2nd game of a doubleheader, Fiers plunked Stanton again….

Stanton wasn’t overjoyed. Not even a quarter of his way to 1st base, Stanton had a few choice words for Fiers. Benches half-cleared, but nothing real happened. And in the top of the 6th inning, Stanton hit an ABSOLUTE BOMB off Fiers, to the tune of 456 feet. Some, would call it revenge. Stanton took it a step further with an epic bat-flip, and an extra special “point” in Fiers’ direction as he crossed home plate. I’m a Yankee fan through and through, but this was a pretty sad display of machismo by Mr. Stanton.