There’s a lot of STUPID running around. 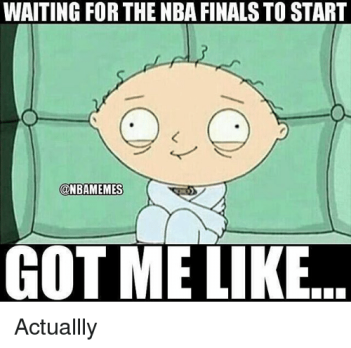 This one makes my brain hurt.

The NBA Playoffs are in full swing. The Boston Celtics lead the Cleveland LeBrons 2-0, while the Golden State Warriors and Houston Rockets are tied 1-1. While both series’ required a travel day after game two, Tuesday and Wednesday respectively, I didn’t realize they needed THREE TRAVEL DAYS!!!!

What are they doing, walking from Cleveland and Boston?!?!

That’s right, game two of the Celtics/LeBrons’ series was Tuesday. Game three is Saturday. The Warriors/Rockets’ series will follow suit, turning Wednesday into Sunday. Listen, I get it. The NBA Finals is a pre-determined date, so they want to spread out their off days rather than get stuck with a full week of radio silence. This also begs the question: Why MUST the NBA Finals be a pre-determined date??

If only there were simple solutions to simple problems…. 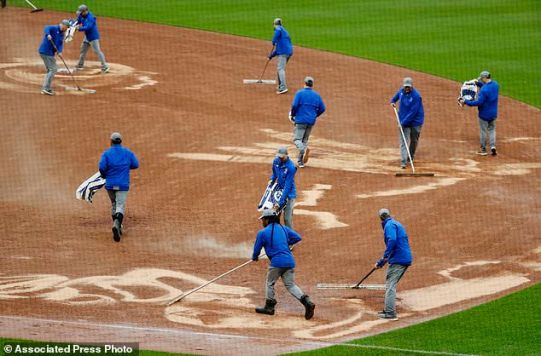 The New York Mets hosted the Toronto Blue Jays Wednesday afternoon despite steady rainfall — all game. MLB and the Umpire’s crew determined the conditions were playable.

This game shouldn’t have been played.

If player safety was an actual concern, MLB would have postponed this game along with the 1,900 other games that have been affected by weather conditions this season.

Fast forward to the 3rd inning. Zach Wheeler’s bat slipped out of his hands, traveling a healthy distance toward 1st base. The umpires then asked the grounds crew to spread a drying agent on the field, causing a 15-minute delay.

Hit the fast forward button again. We arrive at the bottom of the 9th inning, with two outs, and the Mets trailing 12-0. The umpires decide this was the RIGHT time for the grounds crew to spread more drying agent on the field!!!! ARE YOU KIDDING ME?!?! In a 12-run game, and one out to go, why would anyone in their right mind think a 5-minute delay, to keep the players “safe”, is a good idea?!

You can’t make this stuff up. 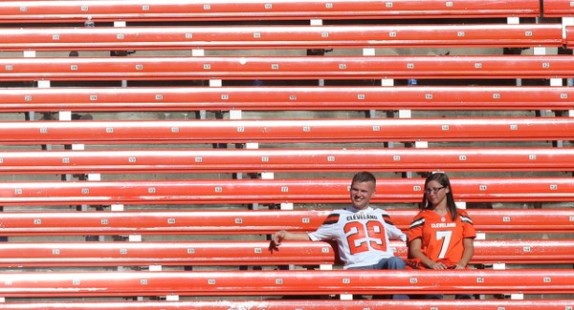 I am NOT tuning in to HBO to watch the Cleveland Browns’ training camp. Yeah, maybe 15 people will tune in to watch Baker Mayfield, but the other 327,875,985 people in the United States will opt for a Netflix show, or golf, or watching paint dry. Because anything is better, for entertainment value, and your health, than watching the Cleveland Browns “play” football.

Dez Bryant Saying No To Money

Dez Bryant is an idiot.

After being cut by the Dallas Cowboys for sucking, Dez Bryant is unemployed. Bryant, once one of the most promising young wide receivers in the NFL, has wildly underperformed over the past three seasons. At just 29 years old, a one-year, single-digit contract would seem to be in his near future. However, he’s not smart enough to understand that.

I wonder what it’s like to look in the mirror and see platinum and gold, when reality is showing you sterling silver.

The only team to offer Bryant a contract is the Baltimore Ravens. The details of the offer haven’t been publicized, however, Bryant turned it down. Seeing as Bryant is known for his poor attitude, and his play has greatly diminished, his thought process is baffling.

NFL teams will put up with bad attitudes, and off the field troubles, IF the production on the field is there, but without the latter, Bryant may remain unemployed longer than expected.