Although nearly a week has passed, Islanders’ fans are still mourning the loss of John Tavares. No, he’s not dead, but he left for Canada (they’re almost the same thing).

John Tavares became an unrestricted free agent at the end of the 2017-2018 NHL season. For months, stories and rumors, predicting Tavares’ landing spot, floated around the NHL universe. The Islanders, despite their lack of success in recent history, did everything possible to convince Tavares to stay in New York….

The New York Islanders knew this day could come. Despite drafting him #1 overall in the 2009 NHL Draft, Tavares is from Mississauga, Ontario (right next to Toronto).

“Not everyday you can live a childhood dream.” 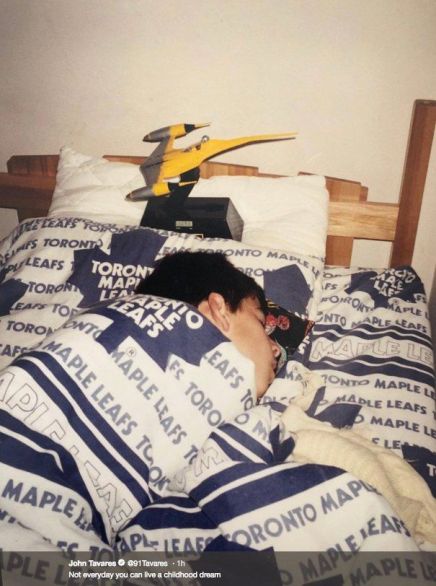 Listen, the Islanders are not to blame here. It’s not everyday a diehard fan, turned professional athlete, gets the pick of the litter. And the top-pick of the litter happens to be a Stanley Cup contender, just footsteps from his childhood treehouse. Hell, I’d have made the same decision as Tavares. It just sucks that I also happen to be an Islanders’ fan.

So, Tavares will enjoy the next seven seasons, at home, getting paid $77 million along the way.

I guess you’ll just have to wait for another generational superstar to fall into your lap….

Who do you blame for John Tavares choosing the Toronto Maple Leafs over the New York Islanders??