The NBA is BROKEN!!

It’s also stupid, and imbalanced, and predictable, and irrational, and stupid.

I’ve asked this question before, but let’s give it another try: If you already knew the outcome of a game, would you still watch?? You’d have to be insane to say yes. No. The answer is no. Soooooooooooo, why would anybody watch the NBA?!?!

The Golden State Warriors have won three out of the last four NBA Finals. Even before they added DeMarcus Cousins to their roster, Monday, they were headed toward a three-peat. Although Cousins is working his way back from a ruptured Achilles, he is a top-10 player (when healthy). Since increasing his assist totals, and three-point percentage, he’s become the most versatile big man in the league.

I’m aware of Anthony Davis’ skillset, however, the ability to pass the ball AND shoot the three puts Cousins in a league of his own.

There’s some speculation on Cousins’ path to the Warriors, but as with any story, there are three sides (yours, mine, and the truth).

Cousins claims the Warriors were the only team to offer him a contract….

I’m not saying I don’t believe him….BUT I DON’T BELIEVE HIM.

A report leaked that the New Orleans Pelicans offered Cousins a two-year, $40 million contract. Also, the Los Angeles Lakers claim they turned Cousins down. Also not believable. But if that’s true, the Lakers should punch themselves in the face — immediately.

No matter how Cousins landed on the Warriors, the upcoming season is over. It was over without Cousins. As long as their starting five remain healthy, and under contract, they’ll continue to win championship after championship.

So, now that we’ve established the NBA is broken, DaveTalksSports is going to fix it. With the salary cap increasing every year, and the presence of a “soft” salary cap, ‘Super Teams’ will never cease to exist.

DeMarcus Cousins should not be allowed to join the Warriors for $5.3 million. 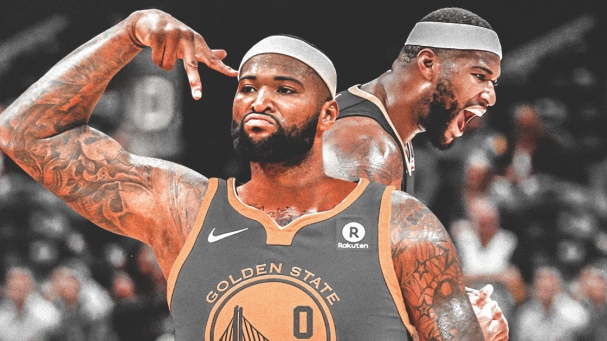 While we live in a free-market, capitalist society, the NBA is a private organization. They should regulate themselves as they see fit. Instituting a pay scale, based on performance, would solve this problem. his would actually help better players earn more money.

Sounds ridiculously fair to me.

This pay scale would be based on statistical performances, plus 1st-team, 2nd-team, and 3rd-team accomplishments (offensively and defensively). The league and the player’s association would then need to agree on how many players from each “tier” would be allowed on a single team. This would create parody, fair play, and a fair season, ultimately resulting in a product that DaveTalksSports (and the world) would want to watch.

As presently constructed, I will NOT be watching the NBA this upcoming season.

That is all. Thanks!