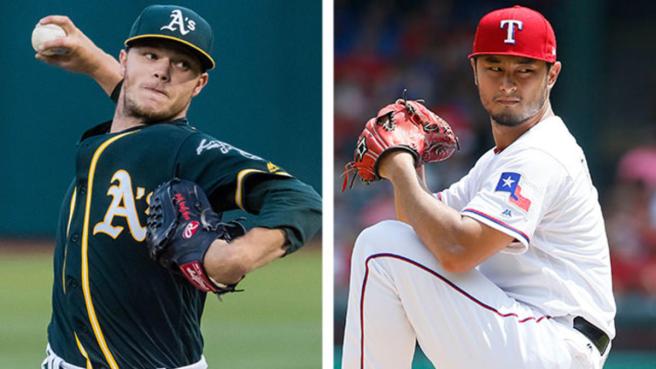 While July usually starts with a bang, Major League Baseball made sure to end July with their own kind of fireworks. July 31st, also known as Trade Deadline Day, should be a National Holiday too — haha. Many teams were active buyers and sellers, while others sat on the sideline afraid to play ball. And of course, in any trade there must be a Winner and a Loser….

Let’s start with the Losers. The Boston Red Sox made 1 notable move yesterday. They acquired bullpen arm, Addison Reed, from the New York Mets. This move, on the surface, is decent. It bolsters the Red Sox weak bullpen and seemed necessary. So why are they losers Dave?? Well, I think we all know the answer to that!! But no, seriously, they aren’t competing with themselves. They are competing with the Yankees. And solely adding Addison Reed won’t be enough to keep up with the Yankees following their additions this past month.

The Baltimore Orioles seem like a lost puppy. They’re roaming the streets unsure of where their home is. The Orioles should have been sellers this year, however, they traded FOR Jeremy Hellickson and Tim Beckham. Hellickson is a mediocre starting pitcher from the Philadelphia Phillies and Beckham is a middle infielder from the Tampa Bay Rays. I don’t get it….

And then there’s the Texas Rangers. Sure, they traded Yu Darvish for prospects, but I can argue that haul was one-sided. They also traded Jonathan Lucroy to the Colorado Rockies. Again, while selling was the way to go for the Rangers, players shouldn’t be traded for a bucket of chicken (George Costanza style). When Lucroy was acquired by the Rangers, they gave up a major prospect (Lewis Brinson). Yesterday, they traded Lucroy, for a player to be named later. Nice work!!

Now, we shall move on to the smart people, the Winners. We may as well start with my beloved New York Yankees. They’ve had an extremely successful season and it should only get better. They acquired Sonny Gray from the Oakland Athletics for 3 prospects (Dustin Fowler, James Kaprielian, and Jorge Mateo). These are all nice prospects, but when you add the uncertainty of a prospect to the major surgeries Fowler and Kaprielian are recovering from, you may as well close your eyes and swing. Gray has a career e.r.a. of 3.42 and is 44-36 in his 5-year career. He should help get the Yankees’ starters into the 8th inning for the first time in 1700 years.

And last but certainly not least, the Washington Nationals. Talk about bolstering your bullpen. Reminiscent of the Yankees’ farm system in 2016, the Nationals bullpen went from worst to first overnight. They added Ryan Madson, Sean Doolittle, and Brandon Kintzler. All have closing experience, and all are having good seasons. The Nationals are my new World Series favorite. Hopefully, the Yankees have the honor of staring down that barrel.

What is your take on the MLB Trade Deadline?? Who were the biggest Winners and Losers?? Type your reaction into the comment section below.