No, but we’re about half way there….

While I wanted to write the Yankees in ⇑, they simply aren’t the best team in the American League. When push comes to shove, especially in the postseason, great pitching beats great hitting. While Dallas Keuchel has regressed BIG TIME, he’s still light years better than every other #5 starter on the planet. If, and when, the Yankees acquire a good starting pitcher, they’ll assuredly leap frog the Astros. 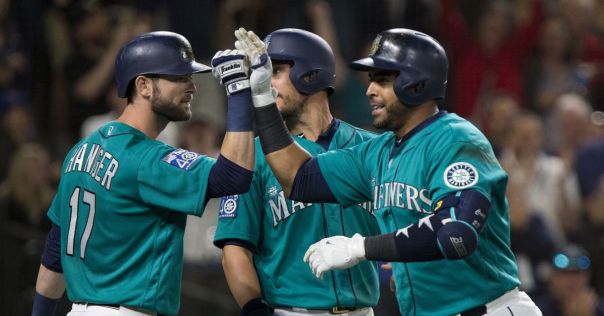 This is the biggest surprise in MLB this season. It’s not even close. The Mariners, despite losing arguably their best player, Robinson Cano (suspension), have the 4th best record in baseball (50-31). If you can name five players on the Mariners, I’ll give you a cookie. Go ahead….

I didn’t think so.

Behind the performances of Nelson Cruz (20 home runs), Dee Gordon (21 steals), Ryon Healy (15 home runs), Edwin Diaz (30 saves), and Mike Leake (8 wins), the Mariners are quietly having one of the more impressive seasons in MLB.

While there are other worthy candidates for AL MVP (Mookie Betts and JD Martinez), Mike Trout is the best baseball player in the world. He has been for six years. Having played exactly half of the season, Trout is on pace for his most home runs in a season (46), to go along with 26 steals, while hitting .323. The man is not a man at all. He is a machine. An MVP machine.

Luis Severino is the best pitcher in the American League. I’m aware of Justin Verlander, Gerrit Cole, and Chris Sale’s accomplishments, but Severino is outperforming them all. With the most pitches of 99 m.p.h. or more in all of baseball, Severino’s stuff is electric. He’s also singlehandedly holding the Yankees’ pitching staff up with one hand, while throwing absolute, unhittable gas with the other.

Check back with DaveTalksSports tomorrow for your National League mid-season report!!