One day I’ll be gone.

We always think we have more time, and then, it’s up. Too depressing? 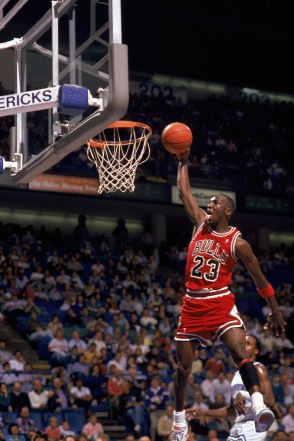 We thought Kareem Abdul-Jabbar would play forever. Magic Johnson. Larry Bird. Michael Jordan. But their time came to an end.

LeBron James will not play forever. His game will decline. And he’ll retire. We have no idea when, but that sad day will come.

So, appreciate me while I’m here, for one day I’ll be gone.

Wednesday night, LeBron James did ‘Superman’ things. Hell, he did Batman, Superman, Iron Man, Hulk, Captain America, and Thor things. 13-0. Through 3 minutes and 31 seconds of the game, the score was LeBron James 13, Indiana Pacers 0. LeBron scored his team’s first 16 points, and finished with 20 points in the first quarter.

All season, I’ve proclaimed LeBron James and the Cavaliers would represent the Eastern Conference in the NBA Finals. While I still believe that, I’m less confident than I was  three months ago. This supporting cast isn’t 2007 Cavs bad, but it’s close.

There’s virtually no way to overstate LeBron’s greatness. He’s a transcendent talent who should be appreciated every step of the way. While he contributes to nearly 60% of his team’s total offense, uncertainty is natural.

MJ had Pippen. Magic had Kareem. Wilt had Oscar. And Kobe had Shaq.

When LeBron won his titles, he had Wade, Bosh, and Kyrie. But who does he have now?!

LeBron can’t win an NBA Championship by himself. I mean, he’s only human….

How far can LeBron James take this Cavaliers team?? Post your prediction in the comment section below.

5 thoughts on “LeBron James Does His Best Superman Impersonation”