The New York Yankees forgot how to lose. LeBron James tried something new. And the Seattle Seahawks broke the mold. I’ve probably said this thousands of times, but sports, in the Springtime, is filled with never ending excitement. And this past weekend, was no different…. 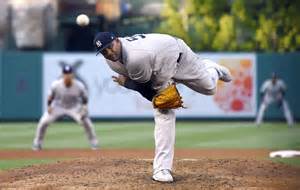 The Los Angeles Angels weren’t able to remind the Yankees what losing feels like. Despite their best effort, the Angels were smacked in the face with a broom this weekend. The Yankees swept the Angels, in Anaheim, for the first time since 2003. C.C. Sabathia turned back the clock, again, Sunday night. C.C. gave up just one run over 7 innings, lowering his e.r.a. to 1.71. Not bad for a 37 year old who remains 4,800 pounds overweight. The Yankees held on 2-1, behind a 4th inning moonshot by Gary Sanchez.

The Yankees will ride their nine game winning streak into Houston for a four-game set with the Astros. As optimistic as I am, I don’t see another sweep in the near future. This Yankee fan will take three-out-of-four though. 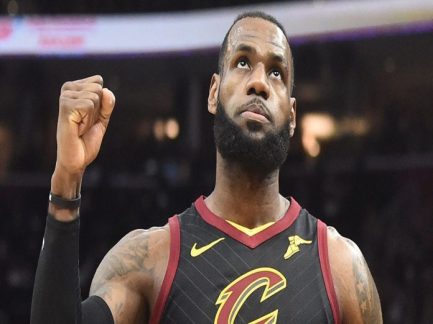 Yes, the best NBA player in the world needed seven games to get past the Indiana Pacers. The 1st round, for LeBron James, is normally reserved for sweeping. Not this year. LeBron gave EVERYTHING he had in Game 7. Planning to play the entire game, LeBron’s body, midway through the 2nd half, intervened. Leg cramps forced LeBron to miss five minutes of action. In turn, the pile of mediocrity LeBron calls teammates was forced to contribute. Tristan Thompson turned back the clock, providing his 1st double-double since February 9th (15 points and 10 rebounds), and Kevin Love made a cameo appearance, scoring 14 points.

Side note: Remember when Kevin Love was a top-10 NBA player?! Seems like a lifetime ago….

LeBron posted 45 points, 9 rebounds, 7 assists, and 4 steals (just another day at the office). And the LeBrons now have the privilege of heading to Toronto to take on the #1 seed, Toronto Raptors. Game 1 is slated for Tuesday @ 8:00 P.M. EST on TNT.

Public Service Announcement: Allow this game to be a lesson to degenerate gamblers everywhere. If you bet on Cleveland to win (-5.5), you’ve probably broken something in your house, or skipped town. Victor Oladipo hit a MEANINGLESS three-pointer as time expired, bringing the score from 105-98, to 105-101. 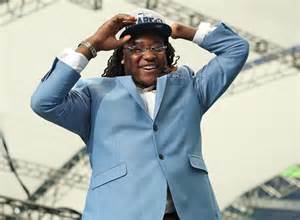 “That was the phone call I was waiting my entire life,” Griffin said. “I literally broke down after that. I couldn’t breathe. I didn’t know how to talk, I mean, I was just lost for words.”

Griffin, a linebacker from Central Florida, was drafted 141st overall by the Seattle Seahawks (5th round). Griffin, who lost his left hand at the age of four due to a rare condition, became the 1st player with one hand, to be drafted in the NFL. He’ll also join the short list of siblings on the same team, as his brother, Shaquill, was drafted by the Seahawks in 2017.

Griffin is an inspiration for all. No matter the obstacle, you can succeed. No matter the adversity, you can fulfill your dreams. All it takes is a relentless work ethic and positive attitude. That, and approximately 8 million squats, pushups, deadlifts, burpees, wind sprints, tire flips, and pull-ups. You get the idea.

What was your favorite part of the weekend?? Tell me all about it in the comment section below.

You can find me on the Radio as well. Download the TuneIn Radio App and search OWWR. I’m on live, every Wednesday from 6:10 P.M. – 8:00 P.M EST. Each show is also broadcast on Facebook Live via: http://www.Facebook.com/DaveTalksSports.
Since you LOVE my writing, follow me on twitter @DaveEttinger2 or like my page on Facebook at http://www.Facebook.com/DaveTalksSports. You can also Subscribe to my YouTube Channel: DaveTalksSports. Thanks for reading!! NO GO TELL ALL OF YOUR FRIENDS!!

One thought on “If You Don’t Enjoy Fun, And Sun, And Puppies (Go Away), But Seriously, This Article Is NOT For You”