I am the greatest athlete of this generation.

No, not me. There are 4 gentlemen who’d have a legitimate argument if they said that aloud, and 3 of them were in action Sunday. The 4th, is preparing to launch himself to an unprecedented level of greatness this coming Sunday….

The accomplishments of Roger Federer, at 36 years, 173 days old, are like nothing we’ve seen before. After experiencing a Grand Slam title drought of 18, Federer has now won 3 of the past 5 (2 Australian Opens and 1 Wimbledon). That’s just flat out ridiculous.

Did I mention Federer is old?! 36, in men’s professional tennis, is ancient. In fact, upon winning the Australian Open, Federer became the 2nd oldest man to win a Grand Slam (Ken Rosewall – 1972 Australian Open). Still not impressed?! The only 2 sets Federer lost the entire tournament were against Marin Cilic on Sunday. Federer would drop the 2nd and 4th sets, forcing a sudden-death, 5th set for the Australian Open Title. Federer, steam rolled, winning 6-1. And with every Grand Slam victory, Federer continues to break his own record. He’s now won 20 Grand Slams.

Tiger Woods is back!! For real this time. Playing in his 1st PGA Tour event in a year, and just his 5th in 2-and-a-half years, Tiger Woods impressed. He didn’t win the tournament, nor will he win a tournament anytime soon, but he made the cut and played through the weekend.

He finished 23rd (-3), playing 4 consecutive rounds without injury (which should be Tiger Wood’s main focus). So, while he won’t compete with Jason Day and Alex Noren in Monday’s playoff of the Farmers Insurance Open, Tiger Woods should have a smile on his face.

He should also spend his free time at the driving range, because he hit a career low 17 of 56 fairways (30%), including 3 of 14 on Saturday. No, I can’t shoot 3-under over 4 consecutive rounds, but I can hit more than 3 fairways. 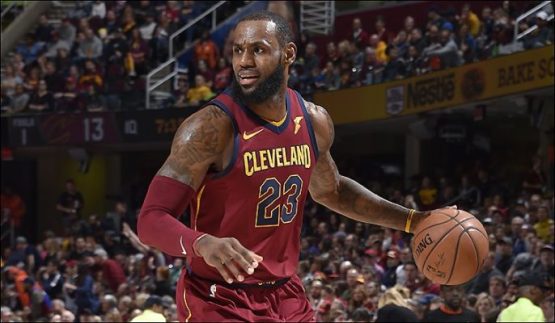 The Cleveland Cavaliers won 121-104 over the Detroit Pistons. As crazy as this sounds, the Cavaliers can use every win they can get. At 29-19 on the season, they are currently the 3-seed in the Eastern Conference, however, they’re closer to the 7-seed than the 2-seed. This also sounds crazy, but another NBA Championship would do Lebron James’ legacy wonders.

As talented and accomplished as he is, Lebron is chasing a ghost. And ghosts tend to be hard to catch. As with every all-time great, I will never doubt Lebron James. Not until the clock hits double-zero and his team is on the wrong side of history.

Tom Brady doesn’t often land on the wrong side of history. I don’t foresee that changing this coming Sunday. As Nick Foles continues to figure out how he got here, Tom Brady sleeps soundly. Super Bowl Sunday has become as regular an occurrence for Tom Brady, as a trip to the food store is for you and I.

With his (12) stitches removed, Brady is set to capture his 6th Super Bowl Ring. And like Roger Federer, will look to break his own record. When 2nd place is so distant, I guess you become your only competition.

Who is the greatest athlete of this generation?? Tell me in the comment section below.