I can’t imagine Paul George does either.

As the NBA All-Star Team Reserves were announced Tuesday, George was the most glaring omission. Each conference is comprised of 12 players, 5 starters and 7 reserves.

Starters are determined by 3 voting groups:

Reserves are selected by NBA coaches. And this year, rather than play East Vs. West, a playground style, pick-up game will ensue. Each conference’s top vote-getter (as per the fans), will be named “Captain”. The inaugural captains are Lebron James and Stephen Curry. They will then alternate selecting players (Lebron has 1st pick) no matter their conference. 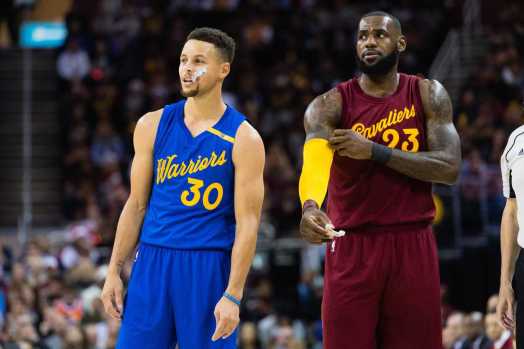 **NBA commissioner, Adam Silver, decided not to televise the selection process, as he doesn’t want to hurt the last pick’s feelings….

(Hurt their feelings?? Are we in 2nd grade?!?! These are grown men, being paid millions to play the game of basketball, and you’re worried about their feelings over the All-Star Game?!?! Talk about a money making opportunity being flushed down the toilet!!)

Instead, Lebron and Curry’s selections will be revealed on Thursday @ 7:00 P.M. EST on TNT.

While I like the idea of “choosing up teams”, they only got this half-way right.

If you’re going to choose teams, regardless of conference, why would the voting process remain separated by conference????

All-Star voting should simply be the top-24 players in the NBA. Here are the teams, as presently constructed:

Don’t forget, George is also adjusting to life as the 2nd option, for the 1st time, in Oklahoma City. Oh, and George is the front-runner for Defensive Player of the Year.

Should Paul George be an All-Star?? Tell me in the comment section below.

One thought on “It’s Snubbing Season!!”