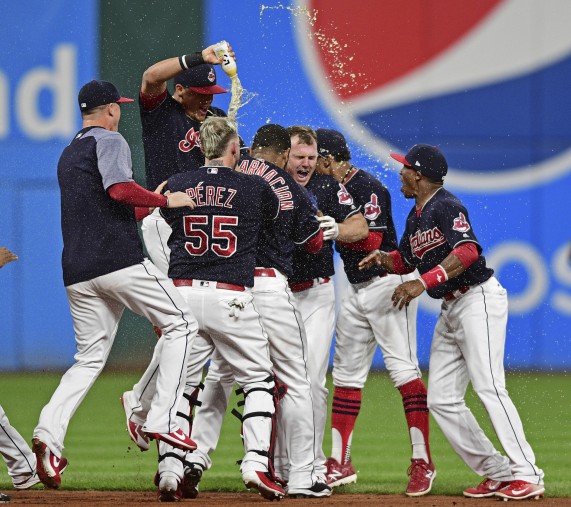 Baseball vs. Football. It’s usually a lopsided battle, and doesn’t often carry as much drama as Batman vs. Superman. Football is the most popular sport in the country, and the proof is in the ratings. However, last night, I chose to watch a baseball game rather than a football game. If the matchups on Thursday Night Football continue to be this crappy (they will), I’ll soon be choosing basketball over football.

Thursday Night Football was played on NFL Network. We had the displeasure of watching the Houston Texans take on the Cincinnati Bengals. I can moan and groan about the game for hours, but I think the score tells enough of the story. 13-9. After posting just 3 lowly field goals, the Bengals are still searching for their 1st touchdown of the season. For those who watched, I feel sorry for you.

The play of the game WAS a 49-yard TD run by rookie quarterback, Deshaun Watson. Since you missed it, click here to watch the replay. That was literally the only exciting play of the game. You would have been better off slamming your head against a wall for 3 hours, rather than watch the rest of the game.

If you were like me, you only watched paint dry, I mean the football game, on commercial breaks from the baseball game.

The MUST WATCH baseball game was the Cleveland Indians vs. the Kansas City Royals. The Indians were attempting to win their 22nd consecutive game. Coincidentally, 22 was the total number of points scored in the football game (just sayin). After going down 1-0 in the 2nd inning, the Indians quickly tied the game in the 3rd inning. They would find themselves trailing again (2-1), this time in the bottom of the 9th inning. Down to their final strike, Francisco Lindor drove a ball off the left field wall, driving in Erik Gonzalez from 1st base. The crowd erupted in a way normally reserved for walk-off home runs in Game 7 of the World Series.

To extra innings we go….

Jose Ramirez, Indians 3rd baseman, led off the bottom of the 10th inning with a double. Ramirez stretched a single into a double when he saw Royals’ center fielder, Lorenzo Cain lazily collect the ball. I love when guys hustle like this!! Edwin Encarnacion then walked, putting runners on 1st and 2nd with nobody out. And with the game tied 2-2, former Mets’ slugger, Jay Bruce came up with the walk-off double, ripping the ball down the right field line. Let the celebration begin!!

The Cleveland Indians have now won a record breaking, 22 consecutive games. With 2 more games against the Royals (and their shoddy pitching staff), the Indians could extend this streak through the weekend. Game #23 will be played tonight @ 7:10 P.M. EST. Jason Vargas and Trevor Bauer will climb the bump in this one.

My money is on the Indians. A prediction only a genius could make, right??

What did you watch last night?? Crappy football, or entertaining baseball?? Tell me in the comment section below.