By making ZERO moves at the trade deadline, the Yankees have made a FATAL MISTAKE!!

MLB might as well get it over with and give the Houston Astros The World Series trophy now.

If I ever get in a fight, I want Amir Garrett in my corner.

Trevor Bauer gets exiled to Cincinnati.

Yasiel Puig is also tough, but he sort of turned into a hold me back, hold me back “tough guy” when his “shot” was available.

Jill Ellis surprisingly stepped down from the USWNT.

I still don’t understand what the Mets are doing.

The Yankees are still fine.

While you’re getting tackled by 300 pound men, Zeke’s going to be chillin’ on the beach.

U.S. Soccer is taking the dumbest stance against the U.S. Women’s National Team..EVER..it’s hard to argue against facts.

What in the name of all things holy are the Mets doing??

Mets’ fans somehow think trading for Marcus Stroman is a good idea, and that confuses me more than anything.

If history has taught us anything, the Yankees are going to be fine.

Adrian Peterson has pissed away over 100 Million Dollars!!

That’s a special kind of stupid.

The New York Yankees beat the Minnesota Twins in the ‘Game of the Year’.

Aaron Hicks is the ‘Player of the Day

This has been a unique week….

How often do two top-five players, in different sports, get traded in the same week?!

Kawhi Leonard Gets Shipped North Of The Border

Ask, and you shall receive. The only thing is, you don’t always get exactly what you ask for. Despite being lauded as the NBA’s gold standard over the past two decades, the San Antonio Spurs and Kawhi Leonard grew out of love. In June, Leonard publicly requested a trade. Leonard’s destination wish-list was short: The Los Angeles Lakers.

As hard as it is to imagine Gregg Popovich laughing, he probably doubled over when he heard Leonard’s request.

Oh, you want to play in sunny California, for one of the most storied franchises in NBA history, in Popovich’s conference?!?! That’s cute. Instead, Leonard was banished to the Toronto Raptors for the final year of his contract. In return, the Spurs received DeMar DeRozan, Jakob Poeltl, and a 2022 1st-round top-20 protected pick.

The Spurs won this trade — by a lot.

Yes, Leonard is better than DeRozan, so (assuming Leonard is a good soldier this year) the Raptors have a chance in the Eastern Conference. However, knowing Leonard wasn’t going to resign with the Spurs, and CLEARLY isn’t going to resign with the Raptors, the haul the Spurs got for their disgruntled (rental) superstar is astonishing. DeRozan is an all-star who’s under contract for three more years. And don’t sleep on the 22-year old, seven-footer (Poeltl). He’s the type of player Popovich turns into a 10 point, 8 rebound machine, providing depth in the frontcourt. 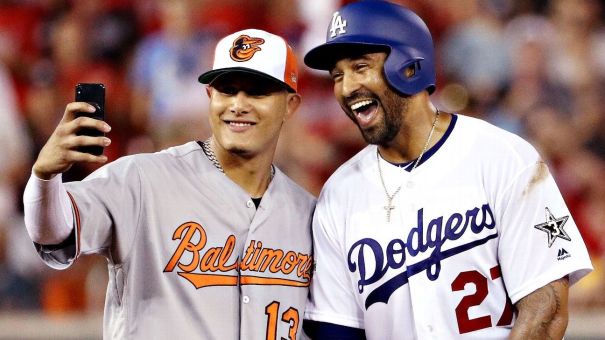 It’s good to be Manny Machado.

It’s not every day you start your day on the worst team in MLB (Baltimore Orioles), and end your day on a World Series contender (Los Angeles Dodgers). Also, the weather is slightly better in L.A. than Baltimore — last time I checked.

Diaz is the prize here, as he was ranked #73 in Baseball Prospectus’ rankings prior to this season.

This deal makes sense for both sides. The Orioles read the tea leaves and did what they had to do, while the Dodgers immediately launched themselves into World Series contention.

And Machado seems to have adjusted nicely to his new home. He’s hitting a smooth .385 through his first three games. Yeah, he’s pretty good.

With just eight days remaining until the MLB trade deadline, stay up to date with every move on DaveTalksSports.com.

Deadline – the latest time or date by which something should be completed.

Can someone please pass this definition along to Major League Baseball?? While it is exciting to see trades happen on August 31st, it is confusing. Remember seeing Trade Deadline specials on ESPN and other programs on July 31st?? Yeah, me too. So, why are trades still happening a month later??

MLB has 2 different trade deadlines. Until July 31st at 4 P.M. EST, any player can be traded at any time. After this deadline, if a player is to be traded, they must ‘clear waivers’. This means, the given player must be offered to every team in reverse order. If any team decides to claim the player, they must take on the player’s current contract. Before the ‘claiming’ team officially acquires the player, the original team has the right to revoke the waiver, and retain the rights to that player (this is often the case). Once a player clears this waiver process, they can be traded to any team. August 31st is the ACTUAL TRADE DEADLINE, sort of. Players can still be traded, but any newly acquired player would not be eligible for the postseason.

Now that we got that out of the way, jeez, we can discuss the trades that happened on August 31st (yesterday):

And one player, Cameron Maybin, was actually claimed on waivers (which is rare). Maybin was on the Angels, but will now add depth to the Astros’ outfield. The Astros will pay the $1.5 million Maybin is owed for the rest of the season.

Verlander, 34, is still one of the better pitchers in MLB. After a slow start to the season, Verlander has returned to form since the All-Star Break. Over his last 6 starts he is 4-1 with a 2.36 e.r.a. With Lance McCullers Jr. still on the DL, and the Astros struggling, adding Verlander could be just what the Dr. ordered.

Verlander was acquired for 3 prospects.

Also departing the Tigers, Upton will bring a solid, veteran bat to a struggling Angels lineup.

Upton was acquired for a pitching-prospect and a player to be named later.

The Angels didn’t stop there. After acquiring Upton, they gave the Atlanta Braves a call. And just 1-hour prior to the deadline, the Angels acquired Brandon Phillips.

All of these trades are bad for the Yankees. So I don’t like them. The Yankees won the 1st of a 4-game series last night against the Boston Red Sox. 1 down and 3 to go. Let’s Go Yankees!! 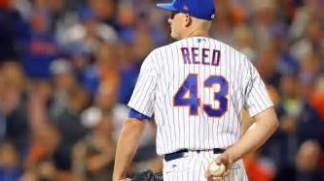 Today marks an exciting day in Major League Baseball. Between now and 4:00 p.m. EST, MLB teams can freely trade players. This is the deadline when teams must decide if they are buyers, sellers, or Sweden. And every so often, a MLB team throws you a curveball. See what I did there?? The New York Mets have taken an interesting approach to the MLB Trade Deadline. Last night, they caused the baseball world to scratch their heads, as they traded FOR AJ Ramos, formerly of the Miami Marlins.

Why is this odd?? This is puzzling because the Mets are sellers in this year’s trade market. So buying a closer is, on the surface, a head-scratcher. However, for the first time in New York Mets history, there is another layer beneath the surface. Mind = Blown!! Just moments ago, the Mets traded Addison Reed (their former closer). This, while expected for weeks, is now smarter than it appears.

Let’s lay this out like a Math problem. Ugghhhh, but Dave, I hate Math. I know, but here at DaveTalksSports, I make you love Math. Well, here goes nothing Math Wiz’s:

Closer under contract > Closer about to be Free Agent.

That’s right. In the past 24 hours, the Mets were able to make 2 trades, when added together, brings a sum of a positive number.

Allow me to explain this, in English, for all those reading this and saying, “I still don’t get it.”

The Mets received 3 prospects in return for Addison Reed (an expiring contract). And the Mets gave away 2 prospects for AJ Ramos (1-year remaining under contract). Plus, AJ Ramos is a lot better than Addison Reed. So, the Mets actually did something, albeit unconventional, SMART!!

Nice work Sandy Alderson. Now, if you can only trade Jay Bruce, Asdrubal Cabrera, and Curtis Granderson in the next 4 hours, you’ll be the General Manager of the Year. Good luck.

What do you think of the New York Mets trades in the past 24 hours?? Who else do you think they’ll trade before the 4 p.m. deadline??

Allow me to interrupt the delusional Mets’ fan. Maybe they can what?? Make the playoffs?!?! Yeah, no. They’re not going to make up a 9-game deficit over the next 2 months. Now that we got that out of the way, here’s what they should do:

Every expiring contract, and every player not part of the Mets’ 5-year plan should be traded before this year’s deadline (Monday, July 31st at 4:00 p.m.). Here’s a list of those players:

Outside of Granderson, everyone on this list is having a decent season. And Jay Bruce is having a fantastic season (25 hr’s and 67 rbi’s). There are plenty of teams that could use these players’ services for the rest of the year. Restocking the farm system wouldn’t be the worst idea the Mets ever had. So, again, what’s the hold up?? Are teams inquiring and the Mets are saying no thanks??

I have a newsflash (this is actually common knowledge) for the Mets. The closer you get to the trade deadline, the harder it is to move these players.

2.  Leverage flies out the window.

So, one last time, WHAT ARE THEY WAITING FOR?!?!

Trade the outfielder, trade the first baseman, trade the mascot, or trade the coach for all I care. Just trade someone!! I’m not even a Mets’ fan, and I’m pissed off. I can only imagine what actual Mets’ fans are going through right now….

As a Mets’ fan, how do you feel about the team’s inactivity in the trade market?? What does everyone else think?? Tell me in the comment section below.