You remember that feeling….

Something special would come up, like your birthday, making those last 3 days impossible to sleep — or sit still. With just 3 days until Super Bowl LII, that feeling is coursing through my veins. Just in case you live under a boulder, kick-off is set for 6:30 P.M. EST on Sunday, February 4th, on NBC.

The Philadelphia Eagles, in search of their 1st Super Bowl victory, will look to tackle the Tom Brady led, New England Patriots. Some “experts” are hoppin’ on the Eagles’ bandwagon, touting their knowledge of the Eagles’ defensive game plan. They believe the Eagles will follow the only game plan known to man to stop, or slow, Tom Brady. Pressure up the middle. Early, and often.

The Eagles front-4 may get pressure on Tom Brady. Hell, they may even sack him 3 times. But they won’t be the over the edge the Eagles are looking for. Brady will still complete his 12-yard crossing patterns all night. And, he will drive the field when it matters most. And if all else fails, he can always rely on his safety blanket, Rob Gronkowski. 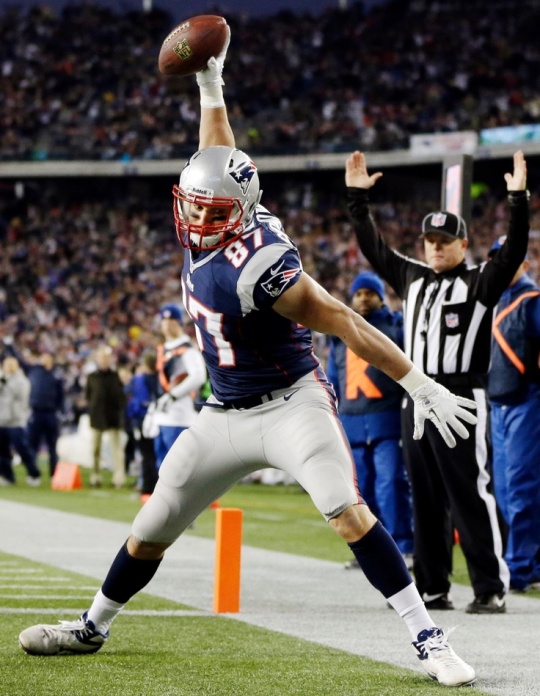 “But Dave, Gronkowski is in the concussion protocol. What if he doesn’t play?!”

If you think there’s even a 1% chance Gronkowski isn’t playing in this game, I have a bag of garbage to sell you.  Yes, the Eagles possess a top-10 defense, but that’s because they ranked 1st overall in rushing yards allowed per game (79.2). Through the air, not so much. They finished the regular season ranked 17th against the pass (227.3 yards per game).  The ONLY WAY the Eagles win is if Nick Foles duplicates his performance from the NFC Championship (352 yards and 3 TDs). While the Patriots’ defense is nothing to bring home to mama, they’re not going to be systematically dismantled by Nick Foles.

For all my degenerate gamblers out there, the spread, which opened at 5.5, is now 4.5. The line has moved due a handful of grandiose, 7-figure bets placed in favor of the Eagles. The Patriots will win. I have little doubt in that. However, I don’t know if they’ll cover. IF I was a gambler….I’d bet the Patriots on the Money Line (-198). In layman’s terms, bet 300 bananas to win 151 bananas.

You can now find me on the Radio too. Download the TuneIn Radio App and search OWWR. I’ll be on live every Wednesday from 6:00 P.M. – 8:00 P.M EST. I also broadcast every show on Facebook Live via my DaveTalksSports.com Facebook Page: http://www.Facebook.com/DaveTalksSports.

One thought on “The Best Day Of The Year Is ALMOST Here!!”