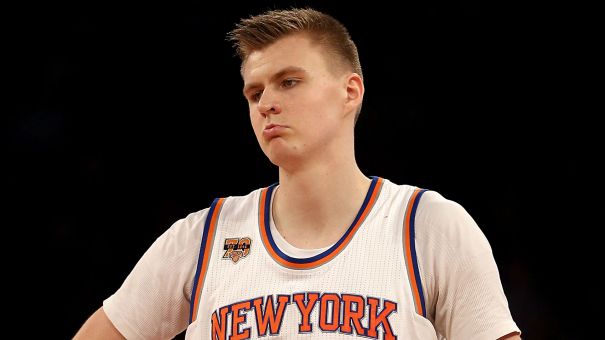 The NBA offseason is more entertaining than the ACTUAL NBA season. The NBA Finals ended 9 days ago, and I ‘ve already had more fun discussing possible trades and the upcoming draft than I did watching the Golden State Warriors embarrass the league. The Boston Celtics and Philadelphia 76ers kicked off the fun Monday with their trade of picks, but that was just the snowball at the top of the mountain. Tuesday had us wondering if that snowball would turn into an avalanche.

Tuesday afternoon, the Los Angeles Lakers traded D’Angelo Russell and Timofey Mozgov to the Brooklyn Nets for Brook Lopez and the 27th pick in Thursday’s draft. This trade makes sense for both teams, however, the Lakers got the better end of the deal. Yes, they lose Russell, who was the 2nd overall pick just 2 short years ago, but his time in L.A. has been rocky to say the least. More importantly, the Lakers rid themselves of an atrocious Mozgov contract. His original 4-year, $64 million contract has 3 years left, so the Nets will eat the remaining $48 million. The Lakers receive the expiring contract of Brook Lopez, which will create oodles of cap-space come this time next year (aka the push for Lebron James). And they receive a draft pick. It’s always good to receive draft picks rather than give them (ahem, Brooklyn, ahem New York, ahem). Lastly, this leads to the assumption that the Lakers will select the walking distraction, Lonzo Ball, with the 2nd overall pick on Thursday.

In their own version of a salary dump, the Atlanta Hawks sent the albatross contract (3 years, $70.5 million) of Dwight Howard and the 31st pick to the Charlotte Bobcats for Miles Plumlee, Marco Belinelli, and the 41st pick in the draft. There’s not much of a story here, as Dwight Howard is a shell of himself. Charlotte shouldn’t expect Howard to bring any Defensive Player of the Year trophies to Charlotte anytime soon.

And then there’s the New York Knicks. My beloved Knicks. Just when you think they’ve hit rock-bottom, they whip out the sledgehammer and drill through the floor. How is it possible that Phil Jackson is shopping Kristaps Porzingis?!

Kristaps Porzingis should be virtually untradeable.

The Knicks are in total rebuild mode. I’m sorry, let me try that again. The Knicks SHOULD be in total rebuild mode. It’s hard to rebuild when you don’t (or can’t) trade Carmelo Anthony. And it would be impossible if you trade the 21-year old, building block that is Kristaps Porzingis. IF, Phil Jackson wants to entertain trade offers for Porzingis, his price should be so obnoxiously high it causes rival general managers to throw up in their mouths. I’m serious.

For example, if Celtics’ General Manager Danny Ainge calls, Phil Jackson should ask for the 3rd pick in this draft, next year’s 1st round pick, and Jaylen Brown. Oh and they’d have to take on Joakim Noah’s contract (quite possibly the worst contract in NBA history). I know exactly what you’re thinking, “that’s crazy, that’s way too much!!” EXACTLY!! Because you SHOULDN’T trade Porzingis!!

Here’s a point I haven’t heard anyone suggest. We all know Phil Jackson is doing a horrible job as the President of the Knicks. All I keep hearing is, “when Phil Jackson is gone, and in 2 years when we aren’t being force fed the Triangle.” Yeah, well why do we assume James Dolan won’t extend Phil Jackson’s contract???? Maybe Dolan thinks Phil is doing a great job. You and I, and anyone who knows anything about sports, would think that’s insane, but our opinion doesn’t matter.

James Dolan’s opinion is the only one that matters.

SOOOOOOOO, imagine a world where James Dolan extends Phil Jackson’s contract 3 more years. That may cause fans to jump ship and root for a new team………..

What would it take for you to trade Kristaps Porzingis?? Who got the better deal in the Lakers/Nets trade?? Tell me all about it in the comment section below.

One thought on “Let The Trades Begin!!”