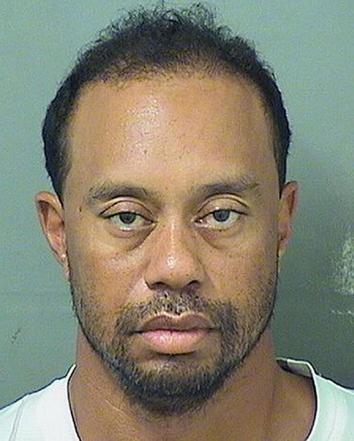 A lot can happen in the sports world in 6 days. For those who don’t know me, I was on vacation for the past 6 days, so Dave hasn’t Talked Sports in a while. Let us have a look at what happened while I was gone:

Oh how the mighty have fallen. That may be the biggest understatement in the history of sports. Let’s travel back to 2009. Tiger Woods had a squeaky clean image. He was seemingly happily married with children. He had more money than he knew what to do with. And it seemed like a foregone conclusion he would surpass Jack Nicklaus’ Majors Record. Yeah..not so much. Instead, Woods was living a double life, littered with countless affairs. Woods has not won a Major since and has frequently been injured. And on Tuesday, May 29th, 2017, Woods hit what we hope is rock-bottom. He was found sleeping in his car at 3:00 a.m. in Jupiter, Florida. He was arrested and charged with a DUI. Despite blowing a 0.0 on the breathalyzer, Woods was extremely disoriented and confused during the traffic stop. Must have been quite the cocktail. The footage can be seen here. For he and his children’s sake, I hope he gets the help he clearly needs.

Who knew Bryce Harper liked to throw down?! After being hit by San Francisco Giants’ pitcher Hunter Strickland in the 8th inning of Tuesday’s game, Harper charged the mound. And after the worst helmet throw in the history of the world, Harper connected with a decent right hook to Strickland’s face. Now, I find this entire situation ridiculous but at the same time highly entertaining.

So you’re telling me that because Harper hit 2 home runs off Strickland nearly 3 years ago, Strickland needed to retaliate?!?! Retaliate for what?! Being really good at baseball?? Hey Hunter, newsflash, if you don’t want Bryce Harper to trot around the bases on you……PITCH BETTER!! This was the most inane form of retaliation I’ve ever seen on a baseball field, and while I’m not a Bryce Harper fan, I don’t blame him one bit for throwing a haymaker Strickland’s way. For footage of the brawl, click here.

I know you are frustrated. Any Mets fan should be. The Mets stink, and there is no sunshine around the corner. I get it. But big head – ya gotta keep your cool. In 2017, everyone and their grandmother has a cell phone, and 90% of the time it is already recording something. So did you really think that middle finger and twirl combination wasn’t going to go viral?! You dummy!!

I guess Mr. Met’s position will be in the Help Wanted section today, but I ponder….how will we know he was really replaced??

The Pittsburgh Penguins, on their home ice, have been outplayed by the Nashville Predators. However, they are up 2 games to 0 in the Stanley Cup Finals. Funny how that works huh?? The Predators have outshot the Penguins 64 to 39 through the first 2 games of this series. The Penguins are looking to become the first team to repeat as Stanley Cup Champions since the Detroit Red Wings in 1997 and 1998. I expect Nashville to bounce back and grab Game 3 on their home ice. Ultimately I believe the Penguins will repeat as champions. You can tune into Game 3 on NBC Sports on Saturday at 8:00 p.m EST to catch all the action.

Lebron James. You’ve probably heard of him. Well, he is playing in his 7th consecutive NBA Finals, and he is looking to win back-to-back championships for the 2nd time in his career. This year marks the 1st time in NBA history that 2 teams will meet in the NBA Finals in 3 consecutive seasons. I certainly hope Cavaliers/Warriors III is better than X-Men III. What a hunk of crap that was….

Ah yes, the Super Teams meet again. Is it good for the league? Is it bad for the league? Wellllll, it depends on who you are. If you own an NBA team it’s great (because they’re making truck loads of $$..duh). If you are an avid NBA fan it sucks, but you are hoping and praying this finals series makes up for the dumpster fire we’ve had to endure to get to this point. As great as Lebron is, I can’t see the Warriors losing this series. I think they will continue to be too much for opposing defenses to handle. Warriors in 6. Book it!! Check out Game 1 tonight at the absurd start time of 9:00 p.m. EST on ABC. Helllllooooooo Cafeeeiiinnneeee….

Who do you think will win the NBA Finals? In how many games? Tell me in the comment section below.