I’m sorry, can you please repeat that??

No, I heard you, I just don’t understand….

Sports have never been complicated. Most things are easy to understand. But today, I am legitimately confused:

Trotz spent four years as the head coach of the Capitals. During his tenure, the Capitals had the best record in the NHL (205-89-34). And Monday, just 11 days after bringing the Capitals their 1st Stanley Cup in franchise history, Trotz said this:

“After careful consideration and consultation with my family, I am officially announcing my resignation as the head coach of the Washington Capitals.”

It appears this was a dispute over what else; money. Trotz made $1.5 million last season, less than 25% of the highest paid coaches in the NHL. Trotz probably feels disrespected, as he feels he deserves an extension and a sizable raise. While there was an extension clause written into his contract, if they won the Stanley Cup, the raise allegedly wasn’t walking ‘hand-in-hand’ with the extension.

Which means Barry Trotz will be the next head coach of the New York Islanders — hopefully. 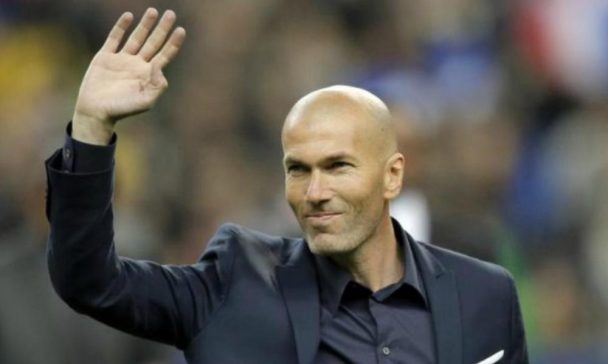 “I want to end with Real Madrid when everything is going well,” he concluded. “I did it as a player, and now again as a coach. This the right moment to end things well.”

Great players often go out on a high note. Barry Sanders retired immediately following a nearly 1,500 yard rushing season (1,491 yards). Jim Brown led the NFL in rushing in his final season (1,544 yards). But this isn’t often a move for great coaches. Zidane, just 45 years old, seemed to have a bright coaching future ahead of him. Instead, he’ll be….actually, I have absolutely no idea what he’ll be doing.

The New York Mets applied to have their logo permanently placed next to the word anemic in the dictionary. They may have to rescind their application.

After scoring just 21 runs in their previous 13 games (1-12 record), the Mets have now scored 22 runs in their past 3 games (3-0 record). That’s hard to explain. Their latest offensive outburst came in the form of a 12-2 victory over the Colorado Rockies Monday night. Because nothing cures a putrid offense like some Colorado air.

Brandon Nimmo’s 4-for-6 performance, with 2 home runs, and 4 rbi didn’t hurt either. One of those home runs was of the inside the park variety:

The Mets may revert back to their hapless ways real soon, but you HAVE to respect Brandon Nimmo’s hustle!!

Can you explain any of the above?? Good luck….

Most sports fans get hyped over big events. Championship games. Drafts. Ya know, the important stuff.

But do you know what gets me going??

A random Tuesday in April!!

Yesterday was filled with more breaking news and highlights than I know what to do with. But I’ll try…. 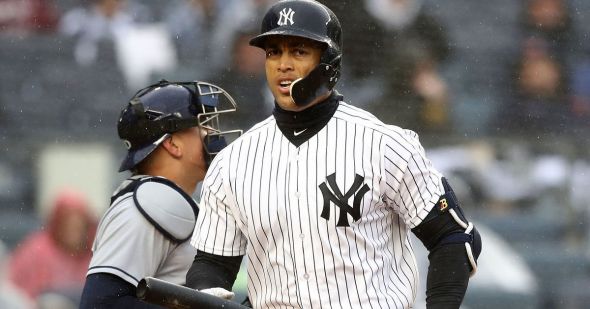 Didi Gregorius and Giancarlo Stanton couldn’t have had more polar opposite days:

Stanton: 0 for 5 with 5 strikeouts

The New York Yankees beat the Tampa Bay Rays 11-4 in their home opener. Didi singlehandedly won this game for the Yankees and was cheered appropriately (and showered with gifts). Stanton on the other hand, was booed. Yes, booed. The same Yankees’ fans who jumped up and down when Stanton hit 2 home runs in their season opener, and proclaimed Stanton could hit 100 home runs this season, are the same morons who booed him yesterday.

Most people are stupid, reactionary creatures, who can’t think more than 2 seconds ahead of their own face. It’s an embarrassing day to be a Yankees’ fan.

Speaking of embarrassing, Canelo Alvarez has withdrawn from his Cinco de Mayo rematch against GGG. Canelo is in the midst of an investigation by the Nevada Boxing Commission due to not 1, but 2, failed drug tests. The Commission has temporarily suspended Canelo, as they determine the ramifications from Canelo’s positive urine samples (clenbuterol) from February 17th and 20th.

The funny part is Canelo continues to claim his innocence. He says he’s always been a clean fighter. However, he’s also ready to accept whatever punishment comes his way. Yeah, that’s NOT HOW THIS WORKS!! If you’re being punished for something you didn’t do, you don’t just lay down and take it. You stand up and scream from here to kingdom come until your name is cleared.

This is a shame. I liked Canelo.

If you haven’t seen Cristiano Ronaldo’s goal from his Champion’s League match against Juventus yet, watch it immediately.

After you watch it 17 times, and pick your jaw up from the floor, come back….

Watch until the end of the video. Zinedine Zidane and Gianluigi Buffon’s reactions are priceless!!

There are no words to explain the beauty, and difficulty, of that shot….

The New England Patriots have made the Los Angeles Rams really good. At the same time, they did something slightly unprecedented; they stockpiled draft picks:

From the Patriots’ perspective, they got more in return for Cooks than it took to get him. He was originally traded to New England for the 32nd pick in the draft. Plus, Cooks is entering his contract year. It’s still an odd trade by the Patriots, as they don’t generally build through the draft. Now equipped with two 1st round picks, two 2nd round picks, and two 3rd round picks, it’ll be interesting to see what the Patriots do come April 26th.

Was that the most exciting Tuesday you can remember?? If not, tell me about it in the comment section below.