Draft night, in any sport, is a special time….

Everyone becomes an expert for a day. Thursday night’s NBA Draft was no different.

Before these prospects ever step foot on an NBA court, “experts” think they know (definitively) who will be a bust,or a superstar.

They don’t know. I don’t either, but I’m going to give you my best (educated) guess. 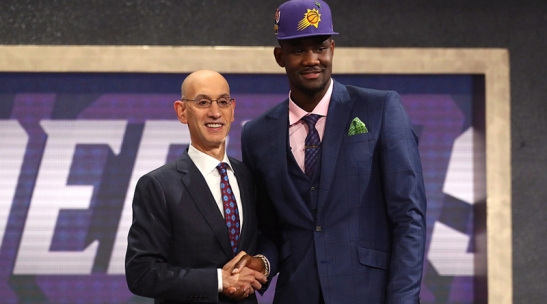 Deandre Ayton was selected with the #1 overall pick in the 2018 NBA Draft by the Phoenix Suns. Considering Ayton was an Arizona Wildcat, this should be a seamless transition. Ayton can be summed up in two words; physical specimen.

At 7’0″, 261 pounds, Ayton should contribute at the NBA level immediately. While I like Ayton’s game, I believe the Sacramento Kings were gifted the best player in the draft.

Marvin Bagley III. What experts call unpolished, I call raw talent. Bagley’s game fits the NBA perfectly. He is a skilled scorer and rebounder with a high motor. His energy level, and ability to outwork opposing big men, will lead to a long, successful career in the NBA. The Phoenix Suns may regret passing on Bagley.

The Dallas Mavericks must love them some Luka Doncic. They traded the rights to Trae Young, and their 2019 protected (top-five) 1st round pick, for Doncic. I don’t care who you are, international players are a complete mystery. The track record of players from other countries is less than stellar, and all of the tape in the world can’t paint the whole picture. The NBA and international games differ so greatly, international stars either excel right away, or crash and burn.

There’s no in between.

By the way, Trae Young will be the biggest BUST in this draft!! 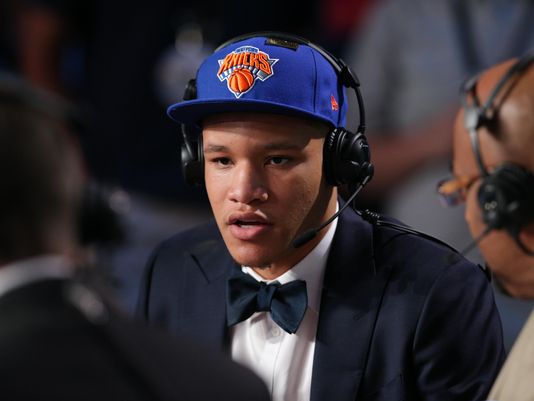 Por fin, I am NOT mad about a Knicks’ 1st round pick; Kevin Knox. While I believe Collin Sexton is a star in the making, the Knicks couldn’t pick a player who wasn’t available (Sexton went 8th to the Cleveland Cavaliers). The Knicks’ only other option was to choose Mr. injury-in-waiting, Michael Porter Jr. The Knicks, as well as 12 other teams, felt Porter Jr.’s injury was too risky to gamble on, as he fell to the 14th pick (Denver Nuggets).

The question is: Will Michael Porter Jr. be the next Joel Embiid, or Greg Oden??

You know where the comment section is. USE IT!!!!

Some movie trilogies are awesome, like Batman (The Dark Knight).

Others, like I Know What You Did Last Summer, are so unbelievably bad, self-inflicted injury becomes a viable option. I know. I couldn’t believe they made three of those movies either!!

There’s one trilogy, Duke VS. UNC, that never disappoints. After splitting their regular season matchups (each holding serve at home), they’ll meet tonight in the semifinals of the ACC Tournament. A #1 seed in the NCAA Tournament potentially hangs in the balance….

Both teams advanced last night. UNC is fresh off of their 82-65 victory over Miami, while Duke took down Notre Dame 88-70.

UNC wasn’t as dominant as the score would dictate. With 3:50 to play, UNC led by just 4 points, however, Theo Pinson would add 5 of his 25 points, helping the Tar Heels pull away.

Duke, on the other hand, only trailed for 36 seconds in the entire game (when they were down 3-2).

If Marvin Bagley III plays like he did last night (33 points, 17 rebounds, 2 assists, and 1 steal), and everyone’s least favorite player in the world, Grayson Allen, makes five 3-pointers, Duke will be tough to handle.

UNC faithful will hope for a bounce back performance by Luke Maye. DON’T COUNT ON IT!! Maye scored just 2 points on 1 of 15 shooting from the field last night. While he did lead the game in rebounds (13), he was effectively useless all night. If you’ve watched a healthy amount of UNC basketball this season, you know Luke Maye disappears against top-25 teams. Every single game he’s played against top-25 teams, he’s posted points and rebounds FAR below his season average.

UNC will have to be on their offensive game, as Duke’s zone-defense has befuddled the opposition all season. Expect Marvin Bagley III to show the nation, once again, why he’s the National Player of the Year. You can catch all the action tonight on ESPN @ 9:00 P.M. EST.

With March rapidly approaching, the “Madness” is nearly upon us. It’s the month of buzzer beaters, crumpled brackets, and watching college basketball while “working”.

Luckily, the world didn’t have to wait for the calendar to turn to enjoy a major upset. Monday night, #5 Duke fell to unranked Virginia Tech, 64-63. Despite leading by as many as 15 points, and 6 points at halftime, Duke faltered late. They scored just 3 points in the final 5:50 of the game. In the final two minutes, as the game hung in the balance, it wasn’t Virginia Tech’s best players to the rescue, it was Chris Clarke. Clarke, a bench player who averages just 8.1 points per game, scored the game’s final 6 points while also grabbing an offensive rebound and a steal.

Duke didn’t lose just because they struggled down the stretch. They lost for a multitude of reasons:

For what it’s worth, I, like everyone in the world who doesn’t reside in Durham, North Carolina, enjoyed watching Duke lose.

March Madness usually kicks off in March (duh!). This year, it starts in February. That’s what happens when you want to host a tournament in the World’s Most Famous Arena; Madison Square Garden.

The Big Ten Conference Tournament starts on Wednesday, February 28th. It’ll conclude on Sunday, March 4th, one week prior to ‘Selection Sunday’. This means Big Ten teams that qualify for the NCAA Tournament will have an extra week off. Which begs the age old question:

Can too much time off kill momentum??

Click here to see a schedule of every NCAA Men’s Basketball Conference Tournament.

Anyone else have GOOSEBUMPS?!?!

Will Duke compete for a National Championship this year?? Will an extra week off have a negative effect on Big Ten teams?? Tell me in the comment section below.