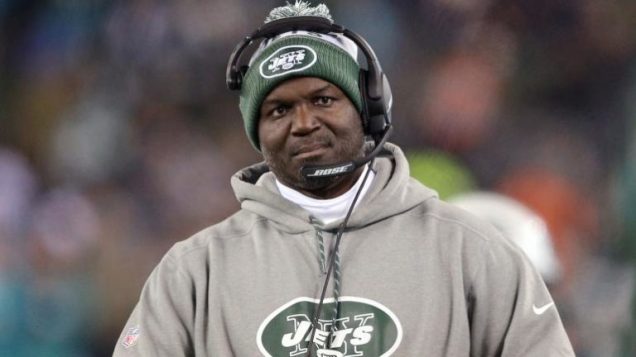 That’s probably the best word to describe being a Jets’ fan. With another season in the books, it’s time to watch other teams play football in January and February — again.

The Jets are stuck in NFL purgatory. Never bad enough to possess the #1 overall pick in the draft. Never good enough to make the playoffs. Their 5 wins earned the #6 pick in the 2018 NFL Draft. If they don’t draft a quarterback, I will literally rip the hair out of my head!!

The world will collectively sit at the edge of their seat, awaiting general manager, Mike Maccagnan’s, draft choice. Maccagnan, as well as head coach, Todd Bowles, fresh off contract extensions, will remain at the helm through the 2020 season. Which brings me to my next point….

Everyone and their grandmother kept telling me the ONLY reason Todd Bowles refused to play Christian Hackenberg was because Bowles didn’t have job security beyond this season. And without job security, Bowles HAD to continue running the players onto the field who gave the Jets the best chance to win. Well if that’s true, what does it say when Bowles received a 2-year contract extension, and continued to walk the plank with the same old, tired strategy????

With the season in the rearview mirror, and the Jets trailing the Patriots 21-3 at halftime (OF THE FINAL GAME OF THE YEAR), how is it possible Christian Hackenberg doesn’t play in the 2nd half?!?! There is no logical, reasonable, rational explanation Todd Bowles, Mike Maccagnan, or any other genius in the world can give me that will ease my mind. I don’t care if Hackenberg is the worst practice player in the history of the NFL, PUT HIM ON THE FIELD!!!!

Apparently, the Jets plan to move on from Hackenberg without ever playing him in an actual game. That’s the definition of head-scratching. And the biggest indictment against the Jets’ current regime.

Yeah. We should extend these geniuses for 2 more years. Sounds smart.

The Jets continue to boggle the mind, toy with emotions, and ruin Sundays.

What do you think of Todd Bowles and Mike Maccagnan’s contract extensions?? Am I insane for remaining a Jets’ fan?? Tell me how you feel in the comment section below. 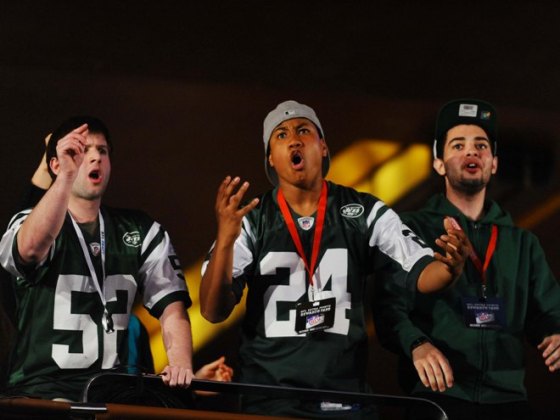 The fate of the whole world hangs in the balance. In just 8 shorts days, on April 27th, 2017, the world you’ve come to know and love could change forever. That’s right, the NFL Draft is nearly upon us!! It’s time to warm up those vocal chords and practice those boos, because whether you like it or not your team will undoubtedly draft someone you don’t want. On a personal level, I am anticipating being one of those booing (possibly crying) fans. Since you read my About page, ahem, you know I’ve been a New York Jets fan my entire life.

For those who have been Jets fans for more than 10 years, like myself, you already understand everything I’m about to say, but for the rest of you, I am going to give you a peak behind the systematically dysfunctional curtain. The Jets are a circus, which technically makes Jets’ owner Woody Johnson the ringmaster. Johnson, also known as Robert Wood Johnson IV, purchased the Jets at the turn of the century for a whopping $635 million. This purchase was made possible by the hard work of his great-grandfather Robert Wood Johnson I, also known as the co-founder of Johnson and Johnson. Anyway…….

The mess that is the Jets starts and ends with Woody Johnson. He needs to go, but unless billionaires all of a sudden stop loving money, I don’t see that happening. Enter the current state of the Jets. They fumbled and stumbled their way to a 5-11 record last season, earning the #6 pick in this year’s NFL Draft. So far this off-season, the Jets have done ALL the right things. They cut anyone older than me (30), they cut anyone making more than me (….), and they’ve set the wheels in motion for a spectacular tanking. Again, you’re probably wondering why the apprehension, well, here it is.

The Jets give you hope. They set you up with an amazing trailer, they put out the best advertisements and commercials to get you into the movie theater, and then they show you Gigli (no offense Batman, but ‘C’Mon Man!’). In today’s NFL, you can not win without a franchise quarterback. Don’t believe me? Take a look at the last 10 quarterbacks to win a Super Bowl. The worst you’ll find is Joe Flacco or Eli Manning. So while I am hopefully optimistic that the Jets won’t chase the ‘carrot on a stick’, I am realistically pessimistic that they will draft another flawed quarterback at #6. Subsequently, I will lose my freakin’ mind!! None of the quarterbacks in this draft are worth the #6 pick. With such a valuable draft pick, the process is simple: DRAFT THE BEST PLAYER AVAILABLE. With countless holes to fill, the Jets need to build a roster, while tanking, and set themselves up for the 2018 NFL Draft. College and NFL experts have unanimously stated that the 3 quarterbacks coming out next year will likely be the top 3 overall picks. That sounds a lot like music to my ears. The question is: Will they follow this plan?

I certainly hope so. This would set up their 3-5 year plan, which coincidentally is approximately when that schlub Brady up in Foxborough will finally be retiring.  Everything Jets General Manager Mike Maccagnan has done since the end of last season has been perfect, so I will reserve judgment for at least 8 more days. Until then I say tank on Josh McCown, Bryce Petty, and Christian Hackenberg.