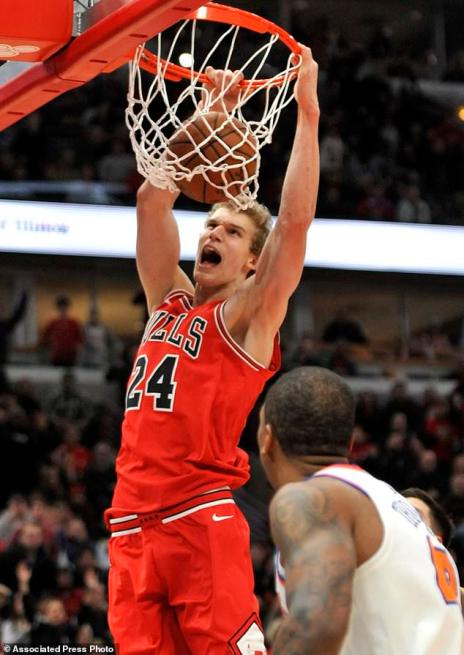 Last time I checked, 87 is not a lot of points. Not in the NBA at least. Despite the New York Knicks’ struggles away from Madison Square Garden, Wednesday brought a solid matchup. The Chicago Bulls, in the 2nd of a back-to-back, expended a boat load of energy in their 115-106 victory over the Milwaukee Bucks — and it showed. The Bulls, from the jump, looked sluggish. They scored just 17 points in the 1st quarter, falling behind 11 in a hurry. After finding themselves down by as many as 15 in the 1st half, the Bulls flipped a switch. Maybe they were sleepwalking through the 1st half. But when they woke up, they realized they were playing the Knicks.

Good defense?? Bad offense?? What did we watch last night?? It was a healthy combination. Listen, the Knicks aren’t offensive juggernauts. They average just 103.5 points per game (11th out of 15 in the Eastern Conference). But the Bulls clamped down on everyone not named Kristaps Porzingis. Porzingis was the only player to score over 20 points (23), and 1 of 3 Knicks to finish in double figures. Courtney Lee had 17, and Jarrett Jack had 11. Frank Ntilikina, as much as I like his defense, simply isn’t ready for the NBA. 3 for 10 from the field, including 0 for 3 from 3-point range, isn’t ideal. Neither is fouling out of the game….

The Knicks are funny. Historically known for surging late in games, Wednesday was, uhh, not that. Check out the Knicks’ scoring decline by quarter: 28, 24, 21, 14. Also, not ideal. Also comical, the fact that the Knicks had a chance to tie the game with 7.8 seconds left. Down 90-87, the ball inexplicably wound up in Enes Kanter’s hands. Kanter jacked up an ill-advised 3-pointer, that missed horribly, and that was all she wrote. 92-87. The Knicks now stand at a putrid 2-11 on the road. Don’t worry, they won’t be 2-11 for long. They’re on their way to San Antonio as we speak to catch their 12th road loss.

**Let’s hope Frank Ntilikina stays grounded after he meets his fellow countrymen, Tony Parker. The Knicks don’t need Ntilikina dribbling the ball off his leg as he gazes into Parker’s eyes.

The Bulls will look to continue their winning ways (winners of 9 of their last 11) when they host the Indiana Pacers on Friday @ 8:00 P.M. EST.

How many road games will the Knicks win this season?? Don’t hold back now, tell me what you really think in the comment section below.

4 thoughts on “Surprise, Surprise — Knicks Lose Again On The Road”